You are at Home Firearms OLIGHT Weapon Lights Review

The folks over at OLIGHT were kind enough to send over a couple different weapon-light systems to test for our SOFREP members. When the lights arrived, they were well-packed and sealed up nicely from the elements.

The two lights OLIGHT sent for testing were the OLIGHT Odin Mini and the OLIGHT BALDR Mini. The Odin Mini came in a heavy-duty box that had what I would call a coffin-style opening. Whatever the name, though, it was a nice touch and a good first impression of quality. The BALDR Mini came in a small, more traditional box, but it was well-packed in a cocoon of plastic casing.

While some consumers may not pay attention to the care taken to pack products smartly (insert my dad here), some of us certainly appreciate it when companies take pride in not just their product – which is to be expected – but also in the care of product packaging to ensure the product arrives to the consumer unharmed. OLIGHT knocked this aspect out of the park 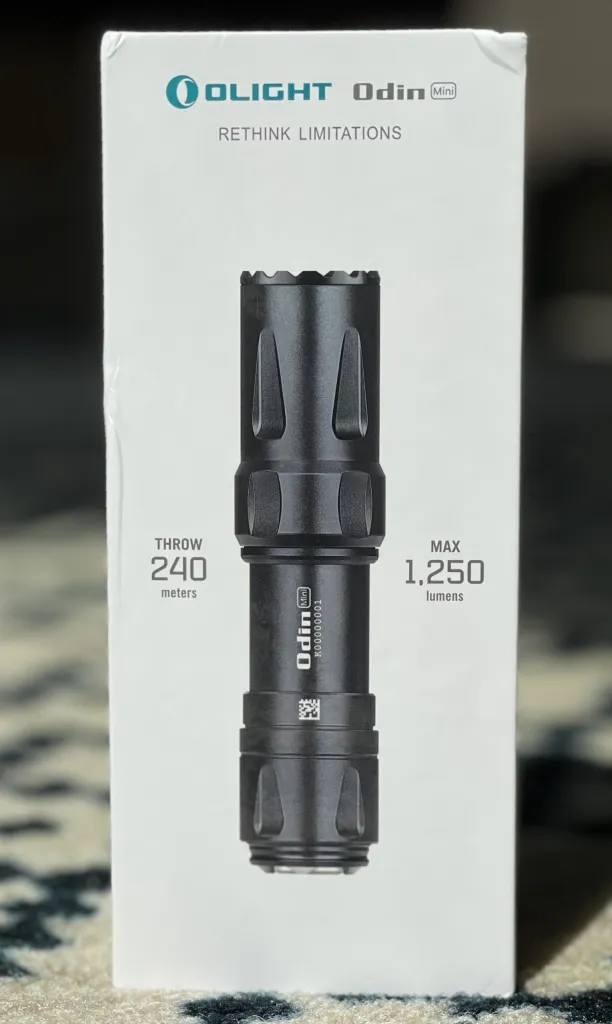 My first thought when I unboxed the Odin and looked at the light and played a bit with the charging cable was “okay, this is a cool magnetic charging system.” By “cool” I mean that it was a noticeably stronger magnetic charging connection than many I’ve tested. I confirmed this first reaction when I connected the charger to the light and I could both see and hear it “snap” into place. Some products I’ve purchased or tested over the years had magnetic chargers that worked great unless slightly bumped, or they had issues with the charging cord not seating onto the product perfectly each time, which would sometimes cause the light to not actually charge. I didn’t see any potential issue with the magnetic charging system with either the Odin Mini or the BALDR Mini, though. It was a positive physical and visual connection between the cord and the light each time I connected the two.

The second thing I noticed with these lights was that they both were fairly small in stature (hence the name Mini I guess), but that their construction felt very robust. I really appreciate items that can perform equally to larger products, but pack that same punch in a smaller package. As former Navy SEAL Rob O’Neill has said on multiple occasions regarding excess size/weight of items he used to carry, “Ounces equal pounds” and no person who has ever carried a weapon for a living (or even while hunting) has the desire to carry unneeded excess weight. Each of the OLIGHT’s I tested take this message to heart and deliver a powerful, robust product that still leaves room on the weapon for additional accessories while ensuring the user of that weapon system less overall muscle strain and fatigue during its use.

Both the Odin Mini and the BALDR Mini do this well, but more on the specifics of each light’s specs and performance in a bit.

I said above that I was immediately impressed with the build quality of each light, but let’s look a bit more in depth at the actual performance numbers of each product. 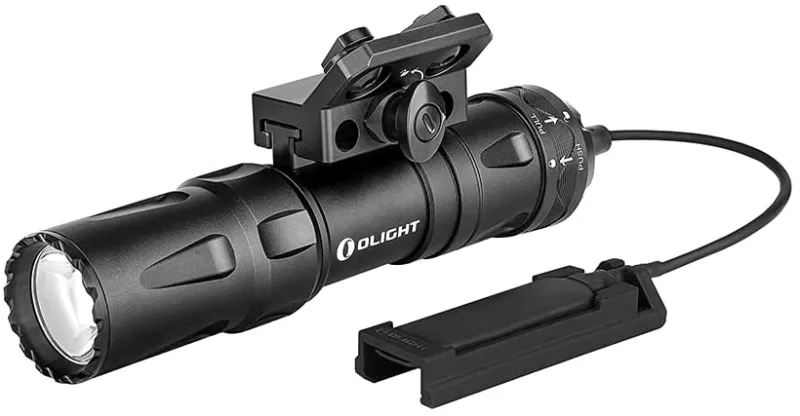 According to the OLIGHT website, the Odin Mini has the following features:

As I mentioned earlier, the Odin Mini has a robust feel in-hand without having the size that can cause fitment issues on one’s weapon or without so much added weight that the balance of the weapon is off. Another aspect of the Odin Mini that I appreciate is that it will function equally well as both an EDC pocket light and a weapon-mounted light with a pressure pad. The directions are easy to follow and mounting the Odin Mini on a long-gun is simple using either the M-LOK rail mount or the provided Picatinny rail attachment.

I also appreciate OLIGHT for including ALL of the necessary attachments in the Odin’s box without charging extra for alternate accessories. The following items come included in the package without need for additional purchase:

The BALDR Mini boasts an ambidextrous on/off activation switch and, per the user’s preference, it can be toggled between an LED white light, a green laser and the combination of the two. I tested the light and laser in a bright (indoor) environment and I could still easily see the laser at 25 yards, which should provide more than enough light throw to accommodate those using the BALDR Mini as a carry light/laser combo on a concealed weapon.