The FN FAL – The Right Arm of the Free World

In the post-World War II world, one thing became instantly clear for infantry small arms: the semi-auto rifle ruled. America’s M1 Garand proved that point and did so with a lot of 30-06 dispersed into Nazis. Throughout the war, numerous rifles entered the fray using the semi-auto action, but everyone was essentially playing catch up. After World War II, the world turned to the battle rifle; and the western world turned to the FN FAL.

The FN FAL fits into the battle-rifle category of firearms. Battle rifles are semi-auto or selective-fire rifles that utilize a full-powered cartridge. With the FN FAL, the round of choice was the 7.62x51mm NATO cartridge. The FN FAL has been adopted by over 90 countries and is seen by many as the Western answer to the Eastern AK 47 series rifles. Its expansive use by Western European military forces earned it the nickname the “Right Arm of the Free World.”

History of the FN FAL

The prototype of the FN FAL was completed in 1946 and, as you’d already assumed, was constructed by the Belgium firm FN Herstal. The original FAL utilized the German 7.92x33mm Kurz round that also occupied the magazine of the world’s first assault rifle, the STG 44. FN Herstal worked with both the British and the Americans to refine the rifle.

Eventually, after some encouragement by the Americans, the Belgians chambered it in the then-experimental 30 Light rifle cartridge, which became the 7.62 NATO round. This is where things get a little shifty. Rumor has it that the Americans agreed with the British to adopt the FAL as long NATO adopted the 7.62x51mm cartridge.

America was tight with the Queen, and after fighting two world wars together, the U.S. perceived a benefit in the logistics train if American soldiers used the same rifles and calibers as the British. The British kept their end of the bargain, and America made a terrible decision and adopted a terrible rifle, the M14.

America held rifle trials with the FN FAL and the rifle that would become the M14. The M14 won and became the shortest-serving service rifle. FN Herstal needn’t have worried, though. America might have adopted the wrong rifle, but the rest of the world wanted the FN FAL.

The United Kingdom, Canada, and Australia gobbled up the FN FAL en masse. As did the Belgian Army and the Dutch, and basically everyone on this side of the Eastern bloc. Heck, South Africa, Rhodesia, Israel, and numerous African and South American countries adopted the rifle as well. Germany purchased FALs in the 1950s and sought a license to manufacture their own. However, after being occupied by Germany twice the Belgians refused to grant them a license. They could purchase Belgium-made FALs or have none at all. Memories of the occupation and German appropriation of FN factories during the war were fresh, and the Belgians wanted the Germans to know it. This led to the FN FAL’s main competition, the German G3.

The FN FAL became so prolific that at one point, two armies armed with FALs faced each other. In the Falkland War, the British and Argentine military faced off, each carrying the Belgium-designed rifles.

In Vietnam, the highly effective Australian SAS forces carrying the FN FAL faced off against North Vietnamese and their AK 47s and held their own. They completed over 1,200 patrols and killed almost six hundred Vietnamese soldiers while only losing two troopers to the enemy.

Inside the FN FAL

The FN FAL utilizes a very proven short-stroke gas-piston system. The design is very simple but effective. When a round is fired, a portion of the gas created by burning powder is fed through a gas block. The gas forces a spring-loaded piston rearward. The FN FAL uses a tilting bolt breechblock very similar to the SKS.

Compared to rifles like the G3 and the M14, the FAL had relatively light recoil. It was easy to control in semi-auto, but like most battle rifles became difficult to control in full-auto. While the FAL was plenty accurate for infantry use, it was never a sniper rifle. No one expected, or got, a 1 MOA FN FAL. 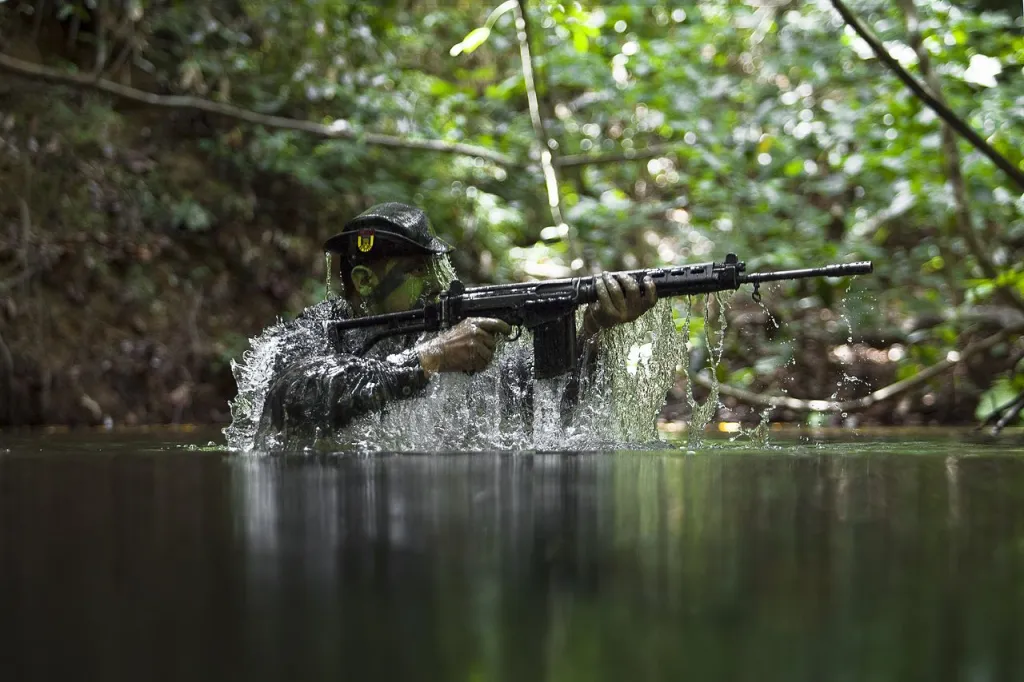 A huge benefit of the FAL rifles is their ease of use and maintenance. They can be field stripped and cleaned extremely easily. This allowed soldiers to keep their weapons clean in the field without the need for specialized tools. Over time various FN FAL rifles were developed. This included heavy barrel variants and paratrooper variants. With over 90 countries adopting the rifle cataloging, every individual FAL would, and has, filled a book.

Can You Own One?

Getting your own FN FAL isn’t hard. A company called DSA makes the best versions of the civilian FAL. They produce a wide variety of models in a wide variety of configurations, from the classic battle rifle to more modernized and easily accessorized variants. These are not cheap rifles by any means, but they are exceptionally well made. If you want to experience the right arm of the free world, DSA is the way to go. 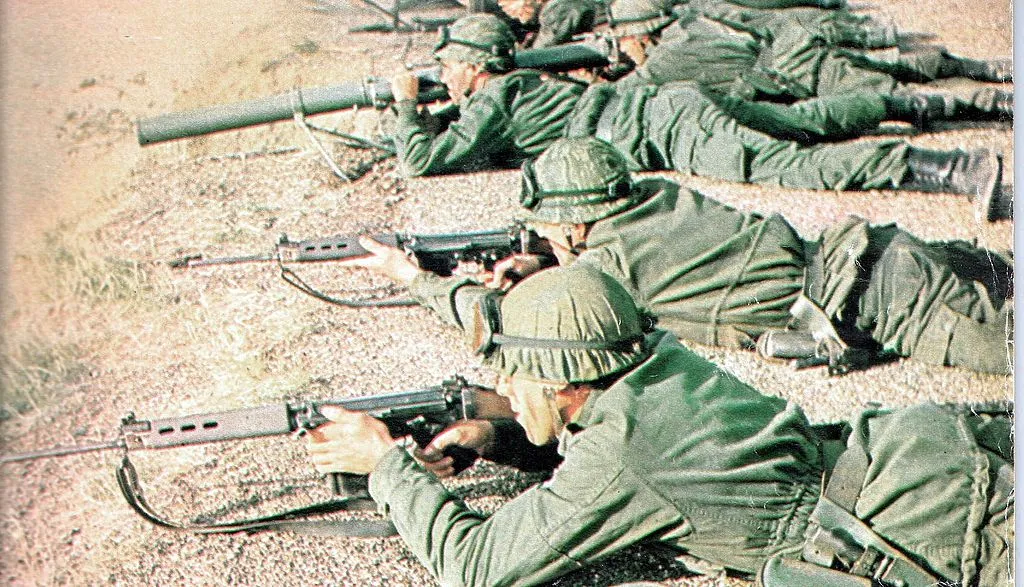 The FN FAL served the world well. It was one of the best battle rifles ever and remains in service across the globe. While it might be obsolescent, it’s far from obsolete.