You are at Home Firearms The Rifle Versus the Carbine – What’s the Difference?

The Rifle Versus the Carbine – What’s the Difference?

In the world of military firearms, the long gun rules. In fact, since the advent of firearms, from the musket to the rifle, the long gun has ruled. But there has always been a need for a shorter, lighter long gun. Once we could rifle barrels, it became a battle between the rifle vs. carbine.

World War I saw the birth of modern warfare, and there, the rifle proved itself as the king of the infantry.

On the other hand, the carbine has always been the weapon of choice for certain special roles. The name comes from the carabiners. These French cavalry troops carried shorter, lighter weapons than the general infantry. In WWI lighter, shorter rifles became the norm for certain specialized roles.

As time passed, the gap between the rifle and carbine closed. Today we are going to examine the difference between the two as well as their pros and cons. Keep in mind that I’m targeting modern weapons. I’m not referring to muskets, percussion rifles, muzzleloaders, etc. Today’s discussion revolves around weapons like the M16 and M4, not the Brown Bess and Calvary carbine.

Rifle Versus Carbine – Defining the Two

When we start talking about the rifle vs. the carbine, we need to ensure we define the terms. They are both rifles in the legal and classic definition. They have rifled barrels, fire rifle calibers, and have stocks to brace the weapon to your shoulder. The difference comes down to size and length. 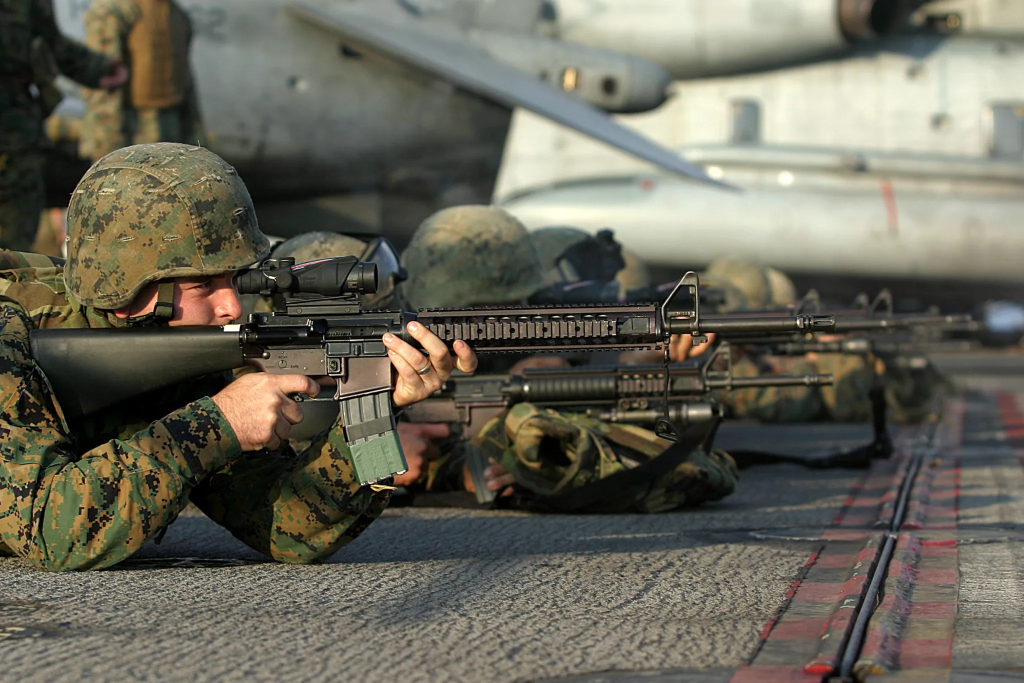 Rifles are considered full-sized weapons. Rifles like the FAL, the M16, and the G3 are all standard infantry rifles with full-length barrels. These rifles typically make up the core of an infantry force.

Carbine rifles often gain their name by taking the full-length rifle and making it more compact. The operating system stays the same, as does the caliber, magazine design, etc., but the barrel shortens. Most of the time, the stock becomes a collapsing or folding design as well.

This rule is not universal, though. Weapons like the M1 Carbine are completely different than the M1 Garand. The M1 Carbine could be declared a false carbine because it’s more of a “light rifle” than a carbine. Yet, it bears mentioning. 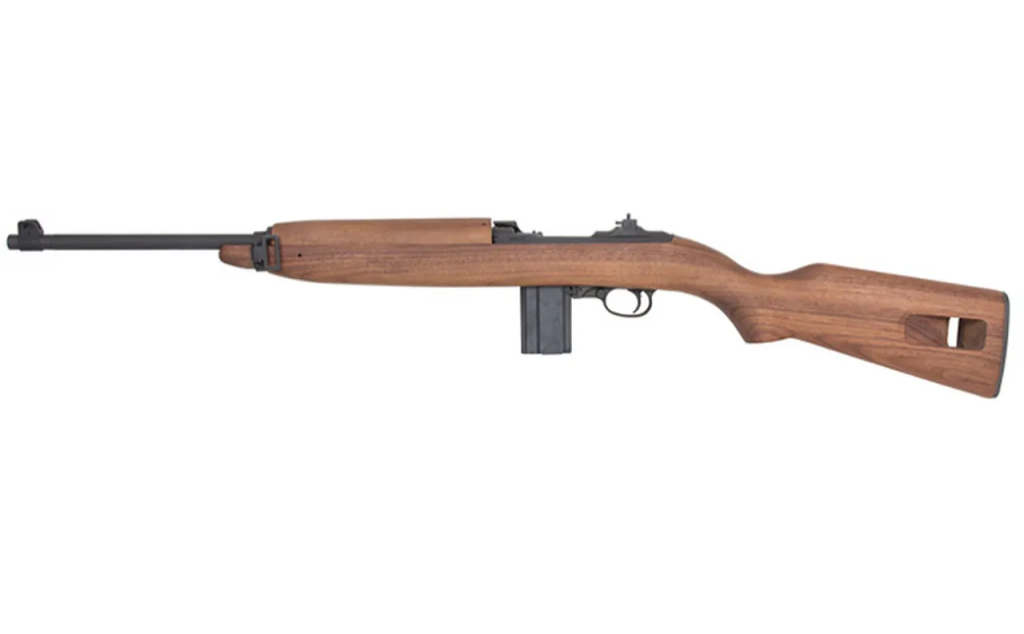 When the carbine is simply a shorter version of a rifle, the military force wielding the two has two major advantages: Firstly, training becomes easier as most of the controls, sights, etc. are the same between the two. Secondly, part commonality also eases logistics and makes field repairs easier.

The Pros and Cons of Rifles and Carbines

A list of pros and cons of the rifle vs. the carbine doesn’t make a ton of sense. The carbine exists to compliment the rifle and do the things the rifle isn’t great at. So the rifle’s weaknesses are the carbine’s strengths and vice versa. 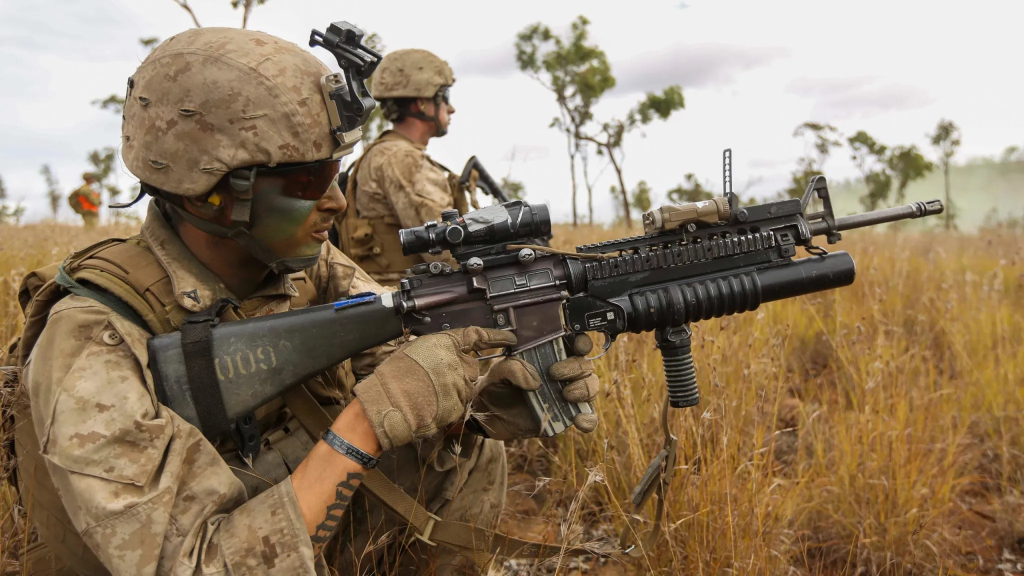 Most rifle rounds are designed with a specific barrel length in mind. For example, the 5.56 round, which was derived from the .223 Remington, is designed for a 20-inch barrel. As the barrel shortens, we experience more flash and concussion. Shooting 10.3 inch AR 15s can be a loud and unpleasant experience. With reduced recoil, a smoother gas operation, and ultimately a high degree of performance shooting an M16 is superbly smooth.

Carbines provide a shorter, lighter option than the rifle. With the M4, they trimmed roughly 5.5 inches of barrel to make it a handier and shorter. Therefore, carbines provide a much better option for close-quarters shooting. Shorter guns are easier to maneuver indoors and make clearing rooms much easier. 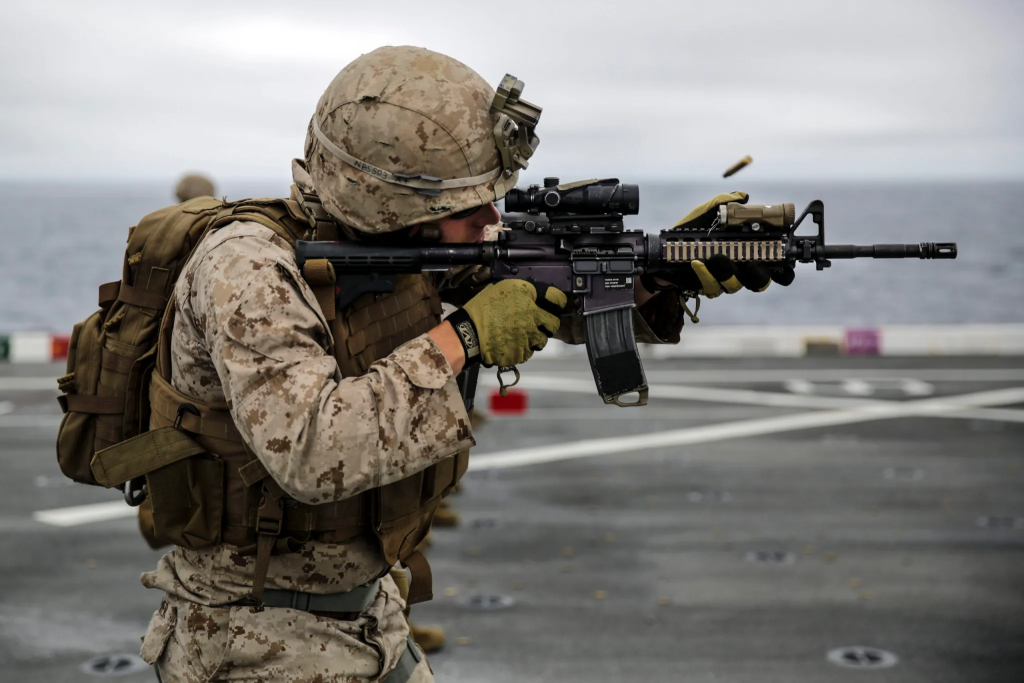 A Marine with 3rd Platoon, Charlie Company, 1st Battalion, 6th Marine Regiment shoots his M16A4 service rifle during a combat-marksmanship range on the flight deck of the USS San Antonio as it crosses the Atlantic Ocean. (Photo by Cpl. Alexander Mitchell/USMC)

The smaller and lighter rifle is easier to use for paratroopers leaping out of perfectly good airplanes. Further, a shorter barreled gun with a folding or collapsing stock is much easier to use when jumping in and out of vehicles and armored units.

In modern warfare, the carbine dominates in our rifle v.s carbine debate.

The Carbine Is the Future

Ultimately carbines are likely the future of warfare. The M16A4 might be the last general issue rifle we ever see in the hands of conventional infantry forces. The Army has long chosen the M4, and the Marines have adopted the M27; both are short carbines.

War has moved to cities, and vehicles dominate the field as well. Modern technology, like suppressors and optics, bestow on a carbine the strengths of the rifle: Suppressors take care of concussion and muzzle flash; and optics eliminate sight radius issues. 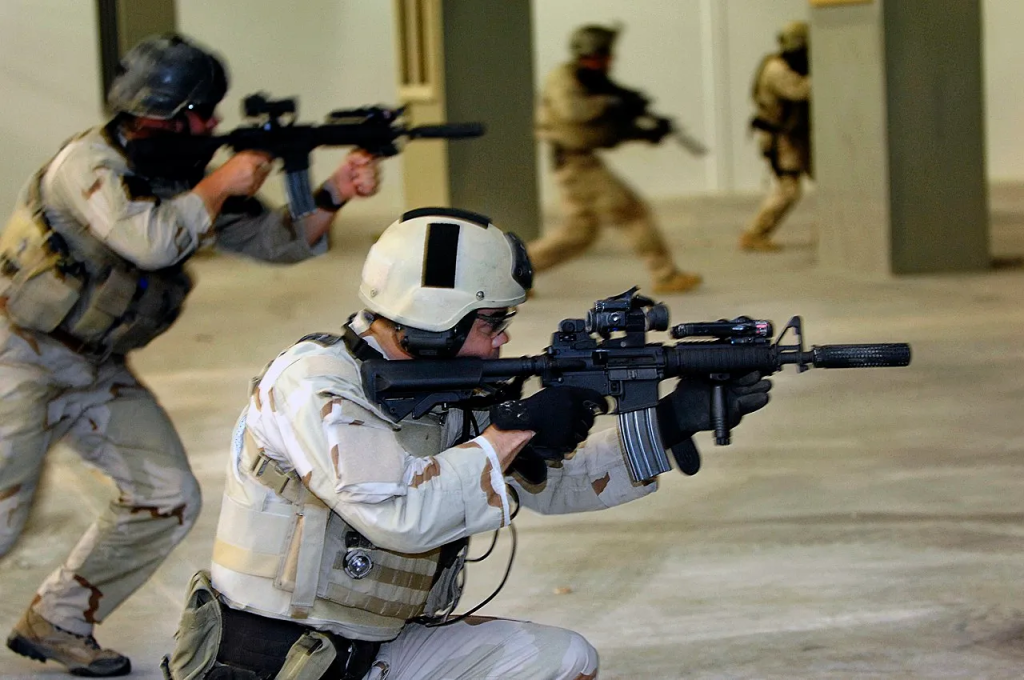 U.S. Navy SEALs perform a live-fire exercise for the secretary of the Navy at the Naval Amphibious Base Little Creek’s shooting facility. (Photo by LCDR Keith Williams/U.S. Navy)

Rifles are still quite awesome, and I always enjoy shooting my M16A4 clone. However, it’s clear that modern warfare has settled the rifle vs. carbine debate.