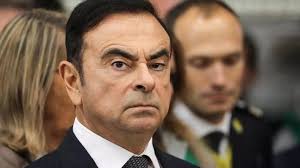 The ruling by U.S. District Judge Indira Talwani in Boston cleared the way for U.S. Army Special Forces veteran Michael Taylor and his son, Peter Taylor, to be handed over to Japan, after the U.S. State Department approved their extradition.

The Taylors’ lawyers had argued they could not be prosecuted in Japan for helping someone “bail jump” and that, if extradited, they faced the prospect relentless interrogations and torture.

Ghosn in a court filing sought to support their claim, arguing he faced prolonged detention, mental torture and intimidation in Japan and the Taylors would face “similar or worse conditions.”