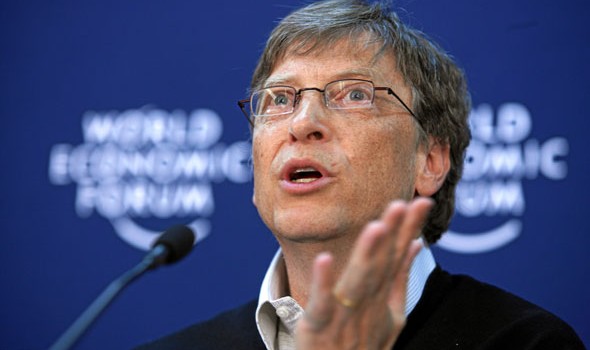 Apparently Bill and Melinda Gates have put on their anti-gun pants and opened their wallets. In full disclosure I have not read Initiative 594 in it’s entirety but to hit the high points:

Initiative 594 would require background checks for all gun sales and transfers in Washington state, including at gun shows and for private sales. Under the measure, some exemptions would exist, including gifts within a family and antiques.

Bill Gates is not the only famous name to back this initiative. Paul Allen and Nick Hanauer both gave a large amount of money to this campaign. Regardless if you agree with comprehensive background checks or not I think the fact that billionaires having pet projects they throw millions at which in turn effect everyone else is not a good precedent to sent.

Read the full release below and let us know your thoughts in the comments. I for one like Bill Gates but do not think he should throw his millions at public policy as Citizens United has done enough damage.

OLYMPIA, Wash. (AP) – Microsoft co-founder Bill Gates and his wife have donated $1 million to a Washington state campaign seeking to expand background checks on gun sales, bringing the total amount the campaign has brought in up to nearly $6 million.

The donation to the Initiative 594 campaign was given Friday but not made public until Monday, when it posted on the state’s Public Disclosure Commission website.

Initiative 594 would require background checks for all gun sales and transfers in Washington state, including at gun shows and for private sales. Under the measure, some exemptions would exist, including gifts within a family and antiques.

Copyright 2014 The Associated Press. All rights reserved. This material may not be published, broadcast, rewritten or redistributed.