You are at Home Politics Colorado Sheriff: “Gun-Control laws unenforceable” 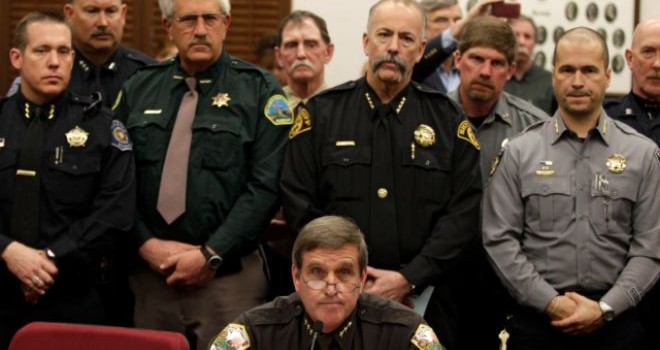 Weld County Sheriff John Cooke stated that he won’t be enforcing Colorado’s newly signed unconstitutional gun laws. He is quoted in saying that the laws are “Unenforceable” and “give a false sense of security.”

I can’t think of anything more true than what Sheriff Cooke is saying. I think he deserves some thanks from the law-abiding citizens of Colorado and the country. I for one, thank Sheriff Cooke for standing up for what is right and not letting emotions cloud his judgement.

It is also rumored that other sheriffs in Colorado will be filing a lawsuit to block further measures that would be signed into law.

What are your thoughts about the latest from Colorado?