You are at Home Firearms Does Barrel Length Actually Affect Accuracy

Contrary to popular belief, making an accurate, precision long-distance shot with an AR15 doesn’t necessarily require an unusually long barrel mounted on the upper receiver. With so many long guns today possessing twenty-four-inch barrels or longer, hunters often assume that making an accurate shot with a shorter barrel is next to impossible. 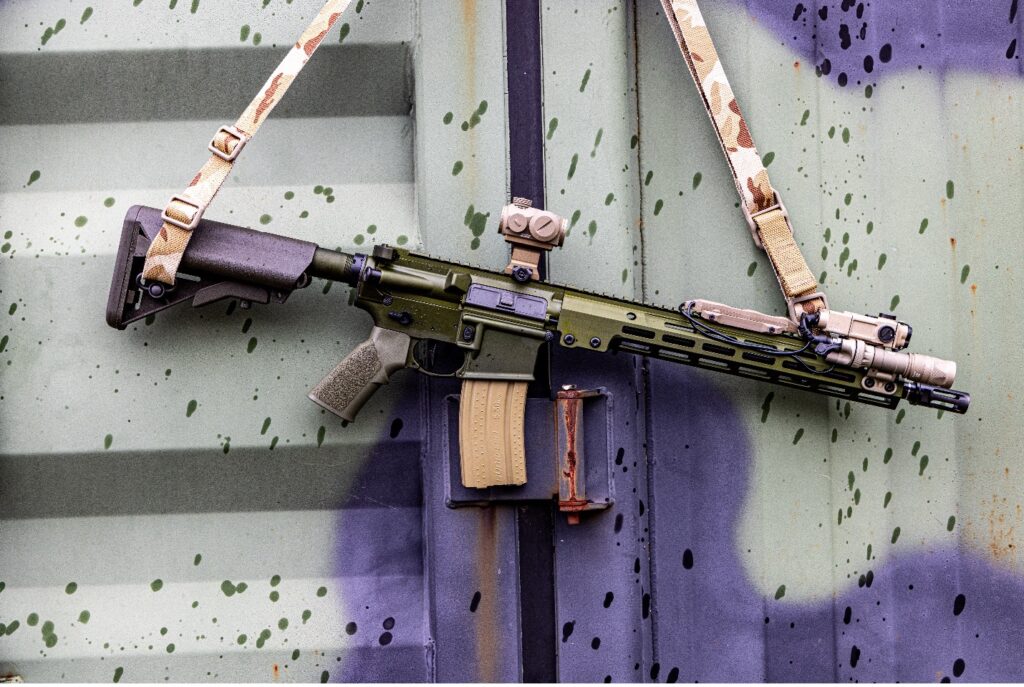 Over the last decade, firearm experts have performed a litany of accuracy tests with various barrel lengths at targets ranging from three hundred to over fifteen hundred feet. The consistent results of the testing were that accuracy was neither improved nor impeded because of barrel length. If longer AR-15 barrels on your rifle don’t necessarily improve accuracy, you may be asking yourself, what does?

Aside from using the most apparent proper methods of shooting, such as stance, breathing control, and decent trigger pull, ballistic velocity is an essential factor in making an accurate shot at mid to long distances. The traditional belief among firearm enthusiasts is that a short barrel rifle, for example, a sixteen-inch barrel in the upper receiver of your AR15, loses far more velocity to be effective at longer ranges.

It may seem logical to most because it’s a fact a longer barrel allows more of the propellant to ignite, thus providing the bullet more velocity, but this thinking may end up a double-edged sword. Firing a Hornady 168 grain tactical application police round through a barrel length of only 13.5 inches produces a velocity of almost three thousand feet per second. When firing the same round through a much longer barrel of twenty-six inches, tests show that you’ll only gain about three hundred feet per second of velocity. These tests demonstrate negligible differences in velocity even when shooting with a shorter barrel.

While these tests performed by firearm experts dismiss the myth that longer barrels promote better accuracy, there is a downside to making those longer-distance shots with reduced velocity produced by a shorter barrel. As the range increases, any hunter will tell you that making accurate sight adjustments to compensate for high crosswinds and dialing up proper MOA adjustments to allow for bullet drop are typically the main factors that determine whether you’ll hit the target. In essence, whether you’re hunting with a long-barrel rifle of twenty-eight inches or a sixteen-inch barrel, it’s not the barrel length stopping you from placing those shots where intended. 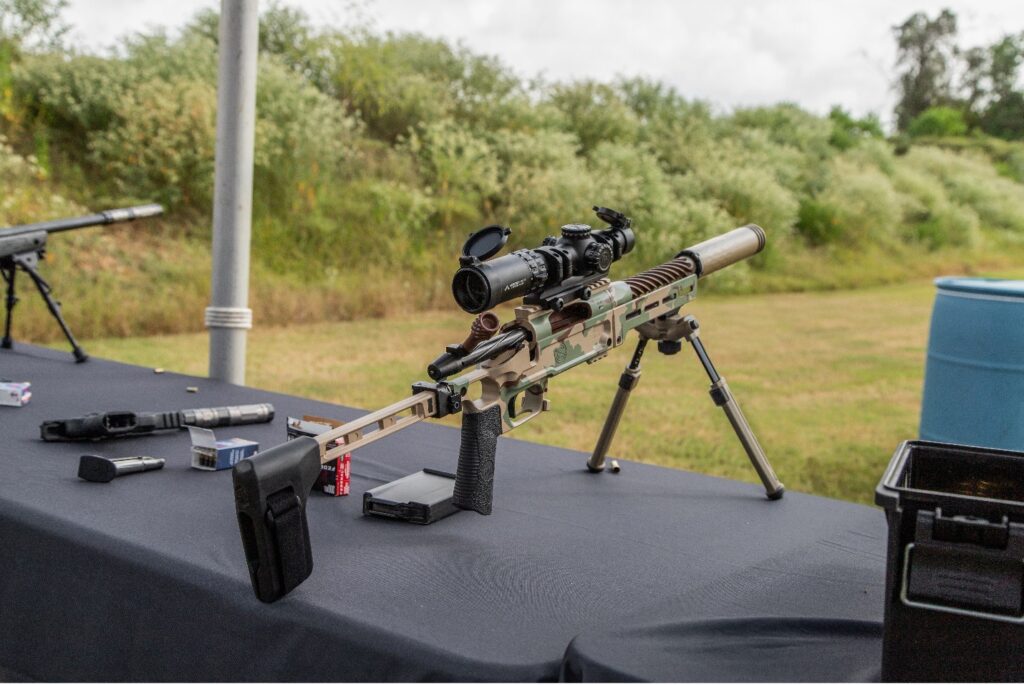 Regardless of the length of the barrel you choose on your rifle, there is the need to zero it in properly. When using MOA adjustments, a tight grouping of shots is typically around .25 MOA which is respectable. However, you can go off the rails if you forget to include those “fliers” that veered one or two MOA high right or low left. When zeroing in your rifle, not including those “fliers” in your adjustments virtually means you’ve not zeroed your rifle properly, and you’ll continue to fire shots off target.

Many hunters have grown accustomed to a front-heavy rifle; however, others prefer not to wield a hunting rifle with a significantly longer barrel. However, It’s not uncommon for small-frame hunters to experience a long barrel protruding above their heads when slung on a shoulder, snagging on branches in deep brush, or banging their ankles when traversing over uneven ground. Most hunters will agree on the need for a rifle that feels natural and balanced during carrying and deployment. 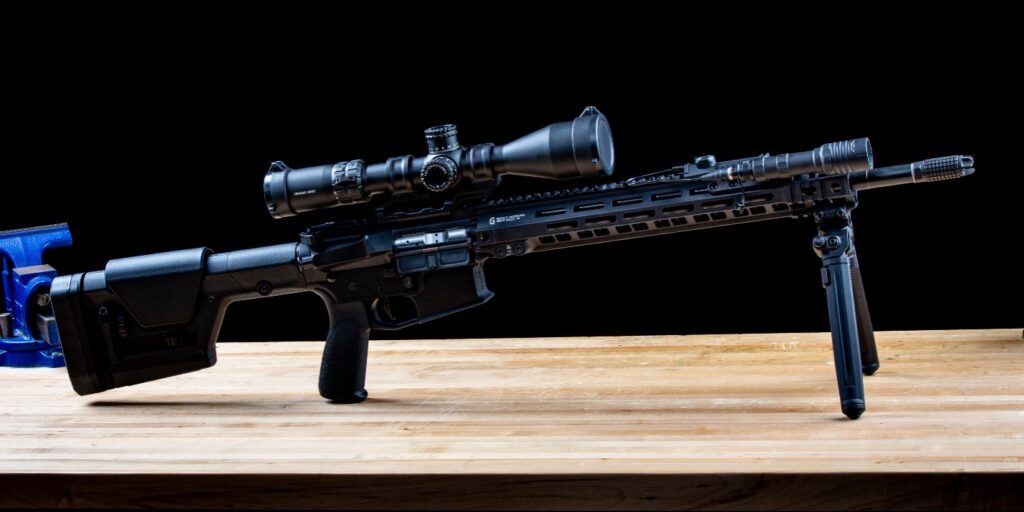 When the quick shot is necessary, regardless of the barrel length, a hunter reasonably expects their firearm to come from the shoulder to the sighting and fire point easily and naturally. Many times, a longer barrel rifle results in awkward and clumsy deployment.

However, with enough research, you can likely find a gun with a longer barrel that meets most, if not all, of your needs, but a word of caution here. Don’t limit your long-range shooting options to rifles with barrel lengths of twenty-eight inches or longer when a shorter barrel firearm can produce all the benefits you need.

Short Or Long It’s Up to You

One thing to remember is that the length of the barrel, whether sixteen inches long or twenty-eight inches, won’t guarantee that you’ll make an accurate up close or long-distance shot. Before choosing a rifle with a specific barrel length, you need to understand the results you expect from the firearm.

Are you hunting a small game that typically presents itself at closer ranges? Not only will you want to ensure you have the correct type of terminal velocity rounds to hunt them ethically, but you probably won’t need a rifle with a thirty-inch barrel. A higher velocity gained by a long barrel isn’t necessary at close ranges.

Additionally, when sitting in the cramped quarters of a boxed blind, it may get awkward when attempting to deploy a rifle with an extremely long barrel. When that target finally strolls or flies into view, getting a long-barreled gun out of the blind’s window without banging it on the sides of the roof may require you to revert to being a contortionist to take the shot.

For many of the earlier mentioned reasons, the length of a rifle barrel doesn’t necessarily promote a more accurate shot. A longer barrel may provide a more precise shot with all things equal, such as using low-velocity ammunition and shooting at targets from longer ranges. Still, a shorter barreled rifle shooting a higher velocity cartridge may produce the same expected results.

There are a few things you’ll want to keep in mind though. It’s not always the length of the barrel that gives you the ability to make an accurate shot. The ballistic velocity of your ammunition choice, proper MOA adjustments for windage and elevation, and learning the appropriate way to zero in your firearm all come into play regarding accuracy. Failure to utilize all the best shooting methods will often provide dismal results regardless of whether you’re shooting with a sixteen-inch or a thirty-inch barrel.