You are at Home Gear Scopes: Past, Present and Future

Scopes: Past, Present and Future 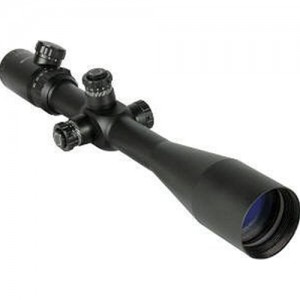 The history of the rifle scope is one that has its very origins in science and practicality. Most people associate the telescope with Galileo Galilei but actually two Dutch spectacle makers in 1606 invented the first working refracting lens, a whole year before Galileo’s telescope was embraced by the scientific community. Regardless of who gets all the credit it wouldn’t be long after its inception that the telescope would be repurposed to enhance accuracy with firearms, whether for hunting or for weaponry, the scope would forever change our idea of what it entails to be a straight shooter.

Fast forward a couple hundred years and crossing the Great Atlantic, in 1835 a civil engineer located in Utica, NY came up with that first rifle scope, called the Chapman-Jones sight. During the American Civil War, this newer technology was used on both sides for advanced accuracy when in combat. It is said that a Confederate sniper killed a Union General from a distance of over 500 feet. An amazing feat considering the man was hidden in a tree and the weapon he fired during the skirmish; a black powder rifle. Through each successive war, rifles have been consistently used and modified, though it wouldn’t be until the 1960’s that the lenses were manufactured to be water-proof, a great improvement over foggy lenses and smeary images.

Let’s take a look at the inner workings of the basic rifle scope:

Through its primitive beginnings the scope has consistently improved throughout the last four hundred years, even though its foundations have remained virtually untouched, the scope still uses those primary scientific principles of optics and physics. Once you understand the inner-workings of how the scope is designed and how best to maximize its elementary function; all you need to do is practice. Unfortunately, no matter how advanced the design becomes, it will never make up for lack of shooting time. So get out and get shooting, you’ll be grateful later when you consistently increase your accuracy, and if you’re a hunter, you’ll be especially pleased with that trophy buck or freezer full of elk meat.

Louann Barstow is a modern frontier woman who grew up on a Paint Horse ranch in Texas. She is a crack shot and enjoys hunting and fishing with her family. Among other things, she blogs for Scopesnmore.com, home of the best deals on scopes.

Louann Barstow is a modern frontier woman who grew up on a Paint Horse ranch in Texas. She is a crack shot and enjoys hunting and fishing with her family. Among other things, she blogs for Scopesnmore.com, home of the best deals on scopes.