You are at Home Customization Shotgun Accessories That Make a Difference 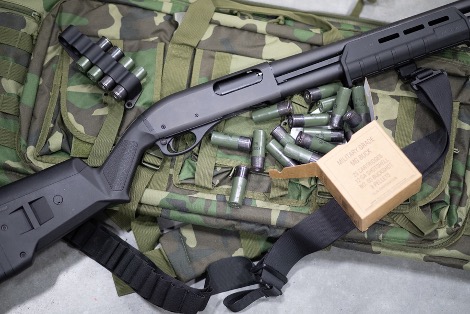 Shotgun Accessories That Make a Difference

The world of shotguns is a wide one, and as such, you can attach any number of accessories to them. Here, we’re going to focus on using shotguns in a tactical or home defense environment. In the modern era of ARs dominating the shooting space, taking a little time to make an effective combat shotgun is more than worth the while. If you are in the market to accessorize your shotgun, there are a variety of websites that provide coupon codes, so you get more bang for your buck.

In this piece, we’re going to go through a handful of accessories that we think are worth adding to a tactical shotgun that are meant to increase your effectiveness in a variety of situations while being more than worth the added weight and expense that comes with adding a new piece of gear onto your shotgun.
Side Saddle
Shotguns, especially the common 12 gauge, are extremely versatile weapons that, in the right hands, are a force to be reckoned with in close quarters, in trained hands. One severe downside is a limited ammo capacity.

For example, a Mossberg 590A1, one of the best shotguns out there, still has a capacity of less than a dozen rounds. We’d very much recommend doing something to address this relative lack of ammunition with the side saddle.

A side saddle is pretty simple: it’s a way to store another six or so rounds on the side of the 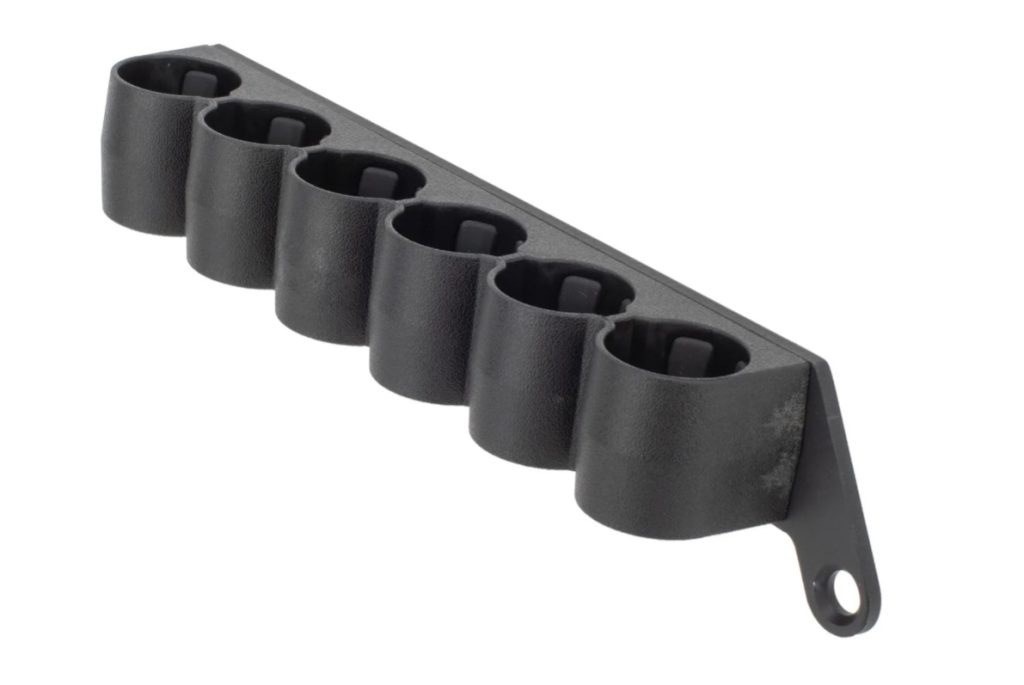 We slightly prefer the replaceable models that are usually a hook and loop patch that you put on the receiver and a card with the other side of the hook and loop that has shells.

We like these because you can get multiple cards, perhaps with different types of shot, and then replace them as the gun goes dry at the range or in a self-defense scenario.

Either way, adding more ammunition onto the gun makes a shotgun much more effective in defensive situations.

Shotguns are usually heavier than the rifles we often carry, and aside from immediate tactical use can be tiresome to hold up or carry. Thus, we highly recommend adding some kind of sling to every shotgun you own if it’s at all possible. Two types are common here, and they work a little differently.

Two-point slings are the older and more common type: they attach somewhere on the stock, and often on the slide of a pump-action shotgun as well, though some models have sling swivels at the end of the barrel somewhereShotguns vary quite a bit on this. Either way, the main benefit is that you end up with, in effect, a carrying strap for the shotgun so you can sling it over your back. This makes them easier to transport, though some people think that it can make cycling the slide a little more difficult. 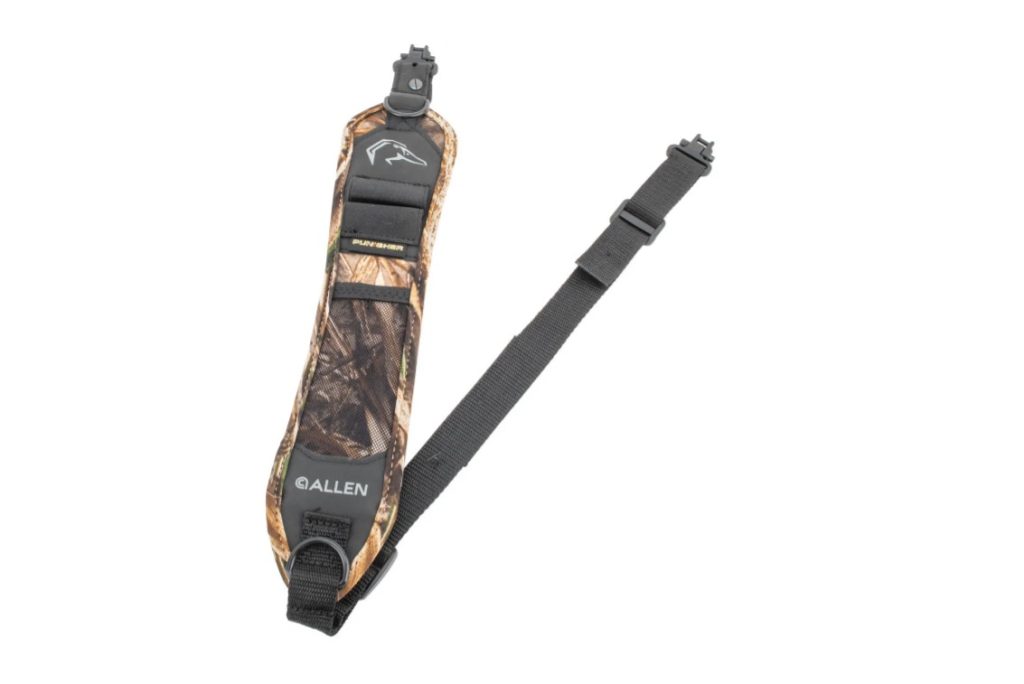 Single-point slings often attach somewhere near the rear of the receiver, often with some manner of loop or permanent attachment point on the thinnest part of the stock.

These are basically meant to help you keep retention of the shotgun during a fight and are not often the best for carrying the shotgun. We like these for purely defensive-oriented guns and often go with two-point slings for most other shotgun setups that we recommend.

As the old shooting adage goes, thou shall not shoot what thou cannot see. This is doubly true if you’re using a shotgun for home defense and shooting blindly would mean 8 pellets of buckshot, flying down your bedroom hallway. 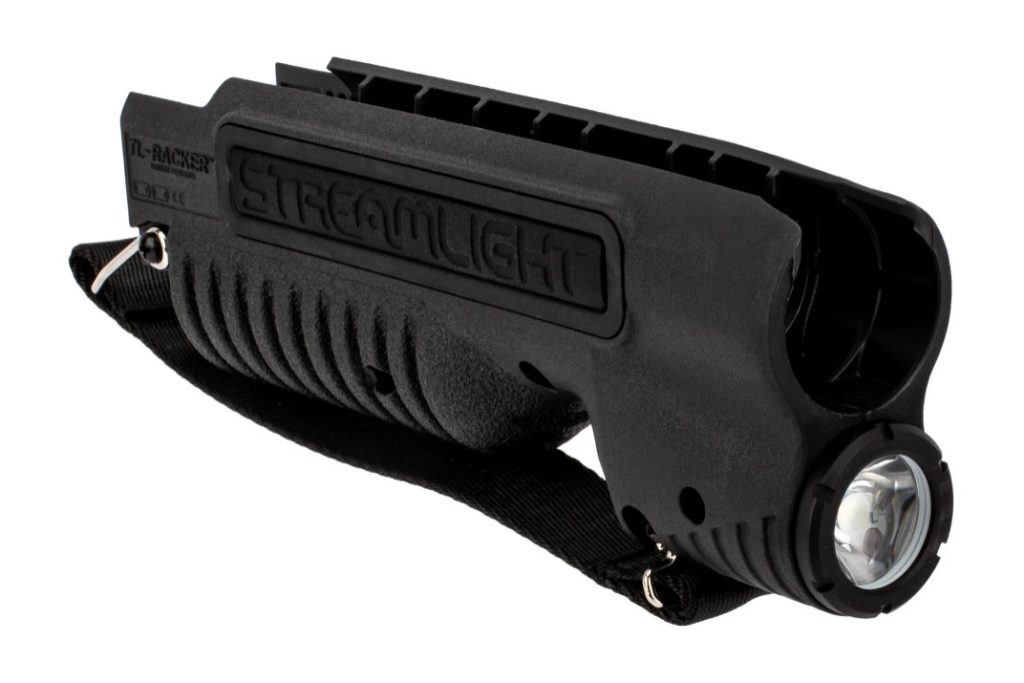 Thus, we recommend adding a light to your shotgun. Nowadays this is relatively simple as many more tactical styles of shotgun come with fore-ends that have Picatinny rail sections on them. Some, even have forends with integrated lights built right into them.

As far as size goes, we usually like a pistol light for this, as they do not take up much room on the rail sections, but keep in mind two things. First, secure the light as well as you can: the recoil of 3” magnum slug is tremendous, and it’s embarrassing to ask a range safety officer to stop the range so you can go get your light from your bay.

Second, it will require some practice to cycle the slide without mashing your fingers into the light, but it’s well worth the effort.

As we mentioned in the section on lights, a lot of shotguns come with Picatinny rail these days, and this extends to the receivers as well. For a lot of folks, the stock sights on a shotgun leave a lot to be desired, especially when it comes to low light shooting. 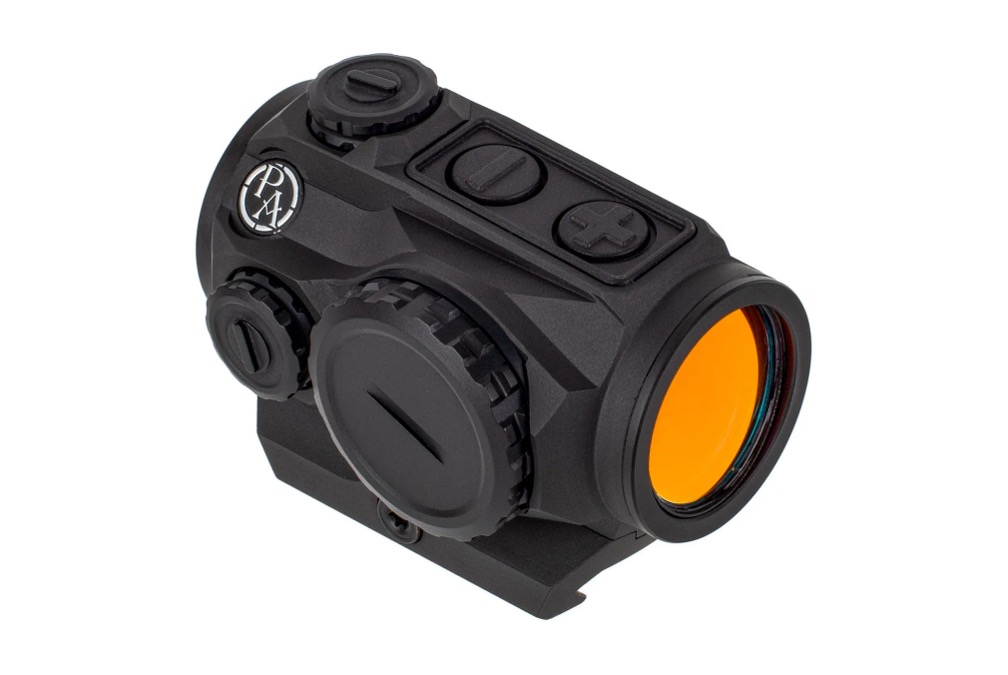 Adding a red dot optic to your shotgun can be a major benefit, and shotguns are heavy enough that we don’t really mind the added weight of an optic. With these, we do highly recommend scouring the web for thoughtful reviews that keep shotguns in mind: you want an optic that can more than handle the recoil of a shotgun without either breaking or being sent down range.

If you use a lot of slugs in your shotgun, it may also be worth thinking about a slightly magnified optic: this is popular with hunters and we can certainly see the tactical applications as well.

In this piece, we’ve made four recommendations on accessories that you might want to add to your shotgun to make it more effective for home defense use. Ideally, we’d recommend doing all four: a shotgun with a sling, light, optic, and side saddle is one that we’d consider good to go for most self-defense scenarios.

With that said, if you’re eon a budget and want to save up for the more expensive items, simply adding a side saddle and sling can also greatly increase the practical effectiveness of a shotgun for defensive use.