The Ruger LCP was introduced at Shot Show 2008 and was met with somewhat good reviews. The main concern was the trigger being too long and reset was long as well. LCP stands for Lightweight Compact Pistol. The LCP was similar to the Kel-Tec P-3AT and the Taurus TCP. With the MSRP coming in at $259.00 it made for a great buy. But with the crappy trigger and the lack of the last round hold open, I was just not interested in this pistol. 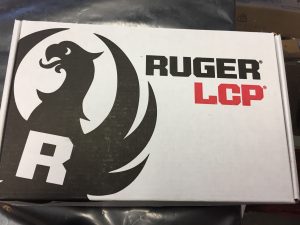 On 10/6/2016, Ruger announced the release of the Ruger LCP II. The LCP II has really caught my attention. I was recently at my local gun shop, Clayton Guns, and I was there when they were logging them in. I got to actually put hands on this pistol and I must say, for a small pistol, it feels really good. When I first opened the box it was nice to see that this pistol comes with a little nylon pocket holster (no belt clips for IWB carry), but only comes with one 6 round magazine. The magazine has the extended slide plate already installed, but does come with the flat plate for the more concealed pistol carrier. 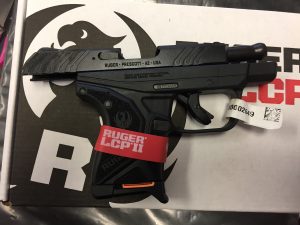 The exterior now offers a textured grip frame that comes with the same glass-filled polymer frame as the original. The black hardened steel slide comes with some nice low-profile “snag free” sights that could be a little bit better, but for a pocket back-up gun, it’s nice. The alloy steel barrel length is coming in at 2.75”. When I gripped this pistol it felt really good in my hand and with the weight coming in at 10.6oz, it makes for a great pocket pistol. I inserted the magazine and racked the slide back and I was surprised that the slide locked back. It’s a great improvement over the original. I released the slide and squeezed the trigger and it was actually a lot better than the original. The average trigger pull is coming in at 6.5lbs and the reset is nice and audible. On a side note, you can use the older LCP magazines with this pistol but only with the flat floor plate, not the extended. Also, it will not have a slide hold open on the last round when using the older magazines. 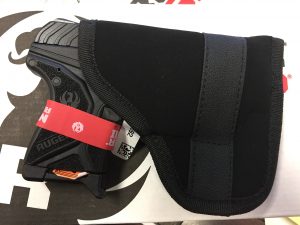 If you are in the market for a little 380ACP, then check out the Ruger LCP II and see if it’s right for you!