You are at Home Pistol Ruger SP101 v. Kimber K6S: Which one will I choose?

So I have been on the manhunt for a new revolver for quite sometime. I currently only have one revolver in my collection, a Smith and Wesson 13-1, and I don’t usually carry it because it’s the longer 4″ barrel. I’m wanting something a little bit smaller and something that I can conceal, yet still wear when I’m dressed up. I know I wanted something chambered in .357 Magnum, shorter barrel than the 13-1, and I want something that the misses can shoot as well.

We recently reviewed the Colt Cobra, and although it’s a new revolver that everyone seems to be wanting, it’s chambered in .38 Special +P. I honestly thought to myself, do I really want a revolver chambered in .357 Magnum, even though I’m more than likely going to be shooting .38 Special +P? But then I thought…GO Big or GO Home!

First and foremost, both of these revolvers are just amazing, yet completely different. Let’s take a look at them. 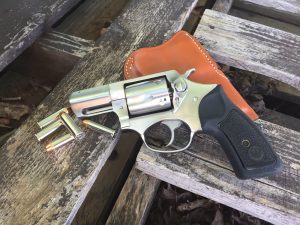 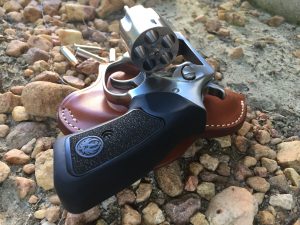 The SP101 has a triple-locking cylinder, which locks the cylinder into the frame at the front, rear, and bottom. The u-shape notch in the rear and blade front sight could be better, but there are many aftermarket sights available on the market today, like from XS Sights. The Ruger SP101 comes with a rubber grip, but again, aftermarket grips are available from Pachmayr, Hogue, and from Ruger directly. Holsters are readily available from Blackhawk, Galco, DeSantis, Fobus, as well as custom leather and kydex holsters are readily available.

Since the Ruger has been out on the market for quite a while, a lot of aftermarket accessories are available to make that revolver fit you, like custom trigger jobs and other quirks that’ll be just for you. Speedloaders are available from HKS, so doing a quick reload on the range can be a breeze. 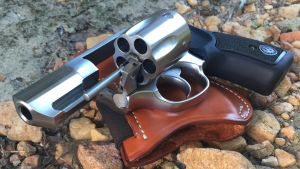 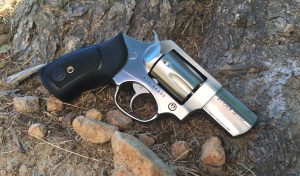 When Kimber came to SHOT Show in 2016, they debuted something that stunned the gun community, Kimber had entered into the revolver market. Kimber is particularly known for their 1911’s and Rifles, so this is something very different for them. Here recently, Kimber has come into the spotlight for providing customers with QC problems and sometimes shotty customer service. So honestly, I was really skeptical putting this revolver in consideration as a new gun for me, but here is why I did.

The overall feel of this brushed stainless steel hammerless revolver is just amazing. It has perfect balance and looks phenomenal. When holding this 1.44lb, 6-shot revolver, it is really light compared to most revolvers out on the market today. The lines of this revolver are clean and rounded, so for an EDC, it’s going to be great – especially if you are going to carry in the pocket. The Kimber K6S is a 2″ revolver, so shooting .357 Magnum can be a little cumbersome and some people say ineffective – due to the design of the .357 Magnum round needing a little bit longer barrel to be more effective

Although, this revolver is hammerless and DAO (Double Action Only), the trigger pull is just amazing. Most revolvers have about a 12-14lb trigger pull in DA, but the Kimber K6S is averaging around 9.8lbs. The match-grade trigger is honestly why I chose to put this revolver in the running. In my opinion, it’s the best factory trigger I’ve felt in a DAO revolver. It’s smooth and breaks with ease. With the bigger cylinder release being pushed in, reloading using speedloaders are easy. Kimber includes stripper clips with their revolvers instead of speedloaders, but speedloaders are readily available. 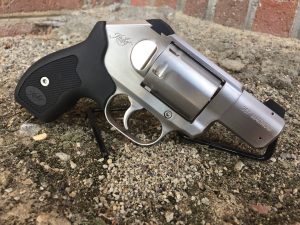 The factory 3-Dot White Sights are absolutely amazing. Some would say, why do you need a 3-Dot sight on a snub-nose revolver? Well, it just works with this one. I find myself really liking these sights. I had fast target acquisition and it looks great on the revolver. For the ones wanting Night Sights on their revolvers, unfortunately aftermarket Night Sights are not quite readily available for the Kimber K6S. But, you can purchase a Night Sight Model from Kimber, as well as a Fiber Optic Sight Model.

Since this revolver is still new to the market, there is not a lot of aftermarket accessories out on the market, but I’m hoping night sights, grips, etc will be coming soon. The rubber Crimson Trace grip of this revolver fits well in my hand, but I wish it had a little more meat to grab onto like with the Crimson Trace Laser Model or even possibly a Hogue Grip would make it better. Holsters are readily available from DeSantis, Galco, Alien Gear, Savoy Leather, custom kydex holsters, as well as directly from Kimber.

MSRP for the Kimber K6S Stainless with the 3-Dot White Sights is coming in at $899, but can be found selling locally for around $799-$829. Keeping with Kimber’s representation of having very expensive weapons can deter the potential consumer, especially with cheaper makes/models of revolvers being made. I think if Kimber can keep up with the demand and not produce a lot of problems with the K6S versus their 1911’s, then I think it’ll be just fine. There isn’t a lot of 6-Shot .357 Magnum revolvers out on the market today that is weighing 1.44lbs. So honestly, I’m curious to see if this revolver will stand the tests of the consumer and will still be around in 10+ years like the Smith and Wesson and Ruger revolvers. 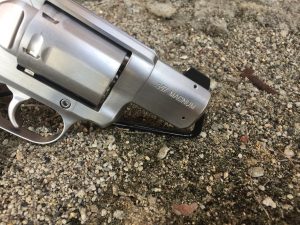 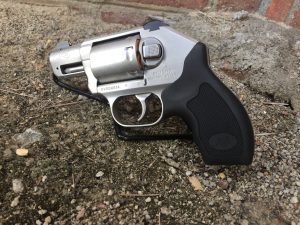 And the Winner is?

After much deliberation, I finally picked the Ruger SP101. I chose this revolver because I’m not planning on carrying a revolver in my pocket, so I didn’t need a hammerless DAO. I liked the fact that I can have the accuracy of shooting in SA and having that short trigger pull. I’m planning on carrying OWB with a Savoy Leather holster, so it’ll be great for EDC and for the range. I will also be adding a tritium front sight from XS Sights and eliminating that front blade sight. 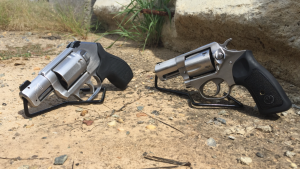 Another reason why I picked the SP101, is hands down the cost factor. With the cost of the Ruger SP101 being so much cheaper and having aftermarket accessories readily available, it was a no brainer to pick it. Also, with Ruger having a great reputation of standing the test of time with their revolvers, I picked them. Even though this revolver is only a 5-Shot, it just didn’t make sense to spend almost another $300 on one extra round – I just couldn’t do it.

Both revolvers have their purpose and both are outstanding revolvers. For some, the Kimber would make a great addition in their collection, as well as the Ruger. Both have their quirks and both will be fine for an EDC. I just happen to like the Ruger better. If you are in the market for a new revolver, then check out both of these revolvers to see if one will be right for you.